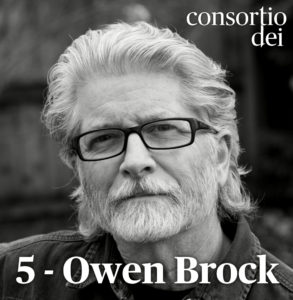 Owen became acquainted with spiritual direction many years ago out of a deep need to make sense of his own spiritual life. After years of attending to his inner life he began to notice that his spiritual life would go in cycles with a diminishing experience of intimacy with God. Even while continuing with familiar rhythms and practices, this pattern repeated itself for a number of years until eventually there was no sense of God at all. Nothing. Owen eventually found himself sitting across from a spiritual director. He told him about his “faith crisis”. The director asked Owen to describe his spiritual life and practices, and after listening, suggested that rather than looking at the current spiritual experience as a problem that needed to be solved, what if it was an invitation? That was when Owen first noticed the tears streaming down his face. The spiritual director encouraged Owen that he was seeking authenticity and integrity—searching for the truth.

For over a decade now, Owen has been offering for others what that kind soul offered him that day.

Owen and Sandie love a great adventure, spending summers based out of Victoria, British Columbia, Canada, hiking and kayaking, or traveling and serving internationally in such places as Africa, Nepal, Ireland and Haiti.