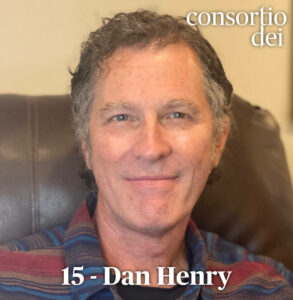 Dan has special passion for accompanying pastors and other ministers through the difficulties that are particular to their kinds of work. He also loves working with those who find themselves on a journey of spiritual deconstruction/reconstruction.

Born in Hawaii, Dan grew up in a military family, so he lived in several different states. Five different Elementary Schools, two Middle Schools and three High Schools taught him the value of adaptability (among other things). . He eventually followed his sweetheart, Tracey, from Oregon to Southern California where they married in 1975. Career-wise, Dan traversed both the Tech and Church worlds as: worship leader, pastor, internet engineer, internet architect—always helping connect people with “something bigger.” With Tracey, he now celebrates having raised three beloved children, two of whom have increased the Henry tribe by marrying amazing spouses. To quote Dan, “It’s a wonderful life!”